How does spirituality affect health and wellbeing?

It was many years ago that I became interested in how spirituality could have an effect on health and wellbeing. Perhaps it was my Christian upbringing that influenced my interest in exploring the wider impact of spiritual beliefs and practices on people’s mental wellbeing and their engagement with life. I noticed that those with a faith or religious practice made them more optimistic, hopeful and community-minded. This seemed to be particularly the case in times of hardship and adversity – the belief that something greater than us is present, loving and is a divine mind or energy we can connect with an emulate.

When I was 21 years-old, I embarked on my honours degree in psychology, and had to complete a research project. It was through this research and the discoveries I made along the way, that I came to understand to much better how having spiritual beliefs and an active practice of faith could be of benefit to health, particularly in times of health crisis.

I’d like to share with you the research I did, and what findings left a lasting impact on my personal beliefs and professional interests. I conducted a study into the effects of spirituality and religion on the holistic well-being of cancer patients, with many of the participants undergoing chemotherapy as I interviewed them. Most people I approached were willing to be a part of this study, with many commenting how important it was to talk about spirituality, given it was such a big part of their life. In total, I interviewed 41 men and women with either breast, colorectal or prostate cancer. I collected both quantitative data (for statistical analysis) and qualitative data (to observe the narratives and themes beyond the variables of spirituality and religion). What I discovered from my analyses was just how much both spiritual, psychological and social factors make a difference.

I hope that this brings to life to some degree just how much spirituality and religion influences our health and wellbeing.

Thesis Title: “The Effects of Spirituality and Religiosity on the Holistic Well-Being of Cancer Patients” (2003)

“The holistic well-being of religious and spiritual, spiritual only, and non-spiritual cancer patients was measured in order to determine whether spiritual or religious beliefs influence subjective well-being. The McGill Quality of Life Questionnaire (MQOL) and the Spiritual Well-Being Scale (SWBS) were used to measure the multidimensional construct of well-being. The study was conducted using 41 Australian men and women, with current or past diagnoses of either breast, prostate or colorectal cancer. The Questionnaires were administered as a structured interview, allowing qualitative data to also be collected. Based on their scores on the Spiritual Beliefs Inventory 12 participants were found to belong to the Religious and Spiritual group, 22 fitted the Spiritual category, and seven were found to be Non-Spiritual. Religious and spiritual cancer patients were found to score higher on the measures of well-being than those who were spiritual only. It was also found that a person with no aspect of spirituality or religiosity in their lives had a negative impact on their subjective well-being. These findings indicate that religiosity is more likely to have a beneficial impact on the well-being over and above that contributed by spirituality. The study has also highlighted areas for future research based on the qualitative data gathered and previous findings in order to gain a greater understanding of the mechanisms involved in the relationship between spirituality, health and well-being.”

The key findings from the research were:

The power of positive thinking

Many participants mentioned the power and influence of positive thinking or optimism on their well-being. It has been noted in research literature that for decades holistic practitioners and lay people alive have been claiming that illnesses can be healed by power found in the mind. Keeping a positive frame of mind was often stressed in the study as a way of coping with the cancer.

“I’m learning that I can reframe the hard things in a positive way and it helps” (45 year-old female, colorectal cancer)

“I am a very positive person. I intellectualise everything and I’m not a negative, emotional person, when in fact, everyone should cry and scream and bash the wall. After the diagnosis I wanted to cry but I thought, don’t be ridiculous, and let’s deal with this!” (61 year-old female, colorectal cancer)

“It doesn’t matter what you do. if you’re going to get [cancer], you’re going to get it. You just don’t throw in the towel. Think positively all the time. There could always be a miracle around the corner: look for it.” (62 year-old male, colorectal cancer)

Many authors of studies on cancer and spirituality make conte of the common need for people diagnosed with a life-threatening illness, such as cancer, to find and assign a meaning to their experience. Often, spirituality provided comfort throughout the illness and give them a sense of meaning in their lives for those in my study. A truly fascinating comment that came up time and again was that having cancer was a positive thing; pivotal in their lives to wake them up to something or to change direction in life.

“Even though I’ve had surgery for the cancer, I still believe there is a purpose for my life and I feel positive.” (64 year-old female, colorectal cancer)

“I was going through my life like everyone else does when I got cancer and then you sort of get hit over the head with it. You’ve got to change your life, and I changed my life. Getting cancer was the greatest thing that happened to me.” (66 year-old male, prostate cancer)

“I think I have in the last five months actually achieved more and reached more goals than I have previously in the last five years as a rough example. It’s a result of cancer, yes, but it’s from re-evaluating what’s really important in life. From my experience my whole attitude has changed…and my thinking has changed.” (40 year-old female, breast cancer)

“When you get cancer it certainly is a bump in the road of your life’s journey. The amazing thing is that it turns your life around and gets you on the right track.” (72 year-old male, prostate cancer)

Having connection with others, and people to talk to about the adversity was an important theme that came through in the qualitative data. For some people it was through their religious organisation (e.g. church) that they received the social support, and for others it was support groups, friends or family members. Having support is a relief of distress, and the connection with others who share and understand their experiences is a critical part of recovery.

“I could not have got through the last six months without the old girls from the church. Six months ago if you told me I would be getting support from these lovely church people I could have said bull.” (56 year-old female with breast cancer)

“I’ve got fantastic friends and support. Without that I really don’t know how people get by.” (41 year-old female, breast cancer)

Mind-body connection awareness and utilisation was also a major theme from the study sample. Increasing numbers of mind-body programs are available specifically for cancer patients, with studies noting participants who undergo such programs feel calmer, more in control, and more optimistic about the future. Many participants from my study also reported how important and effective mind-body therapies were for them, particularly meditation, relaxation techniques and prayer.

“I am a great believer in mind-body medicine. Producing this cancer for me was an opportunity to take a good look at my life…it helped me focus immensely, and get the crap out of my life.” (36 year-old female, breast cancer)

“I meditate and have been meditating for years. I do it to understand things better.” (61 year-old female, breast cancer)

“You meditate for God to be with you, to heal you. It’s very relaxing and sometimes I go to sleep.” (69 year-old female, breast cancer)

These findings fascinated me and opened my mind to all four of these additional factors and how they play a role in not just the well-being of those with cancer, but in everyone’s lives and especially in relationship to health. From here, I continued to study and research outside the academic world and found knowledge, wisdom and experiences I would have never known had I successfully gained entry to the Clinical Masters the following year. And given I would then experience my own health crisis and explore and apply these concepts in my own life, it all became a whole lot more real, and important to not just me but to anyone else who believes the mind has incredible power to affect the body.

Spirituality and wellbeing in Australia

Spirituality mediates the relationship between engagement with nature and psychological wellbeing

Culture, spirituality, religion and health: looking at the big picture 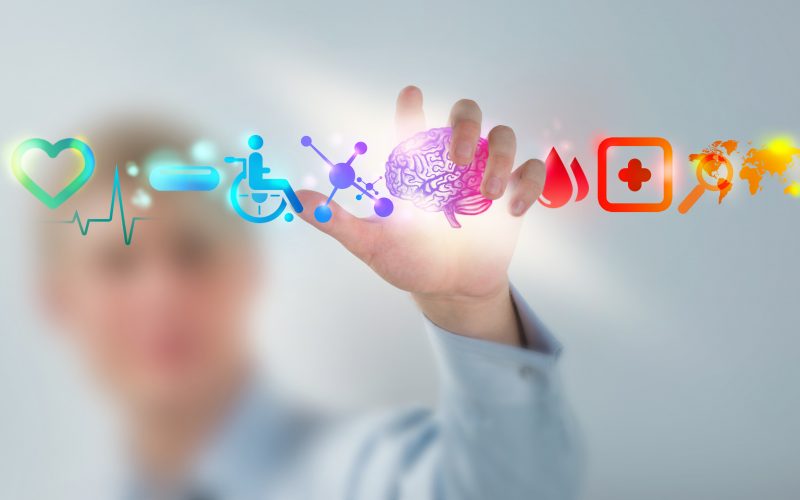 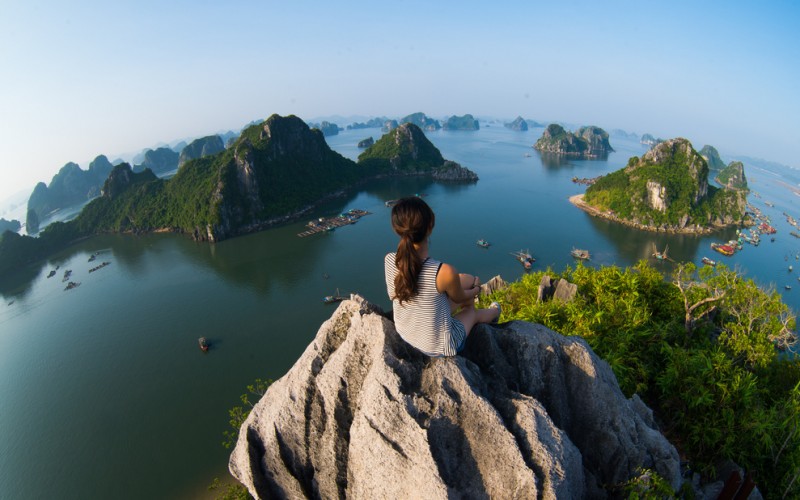 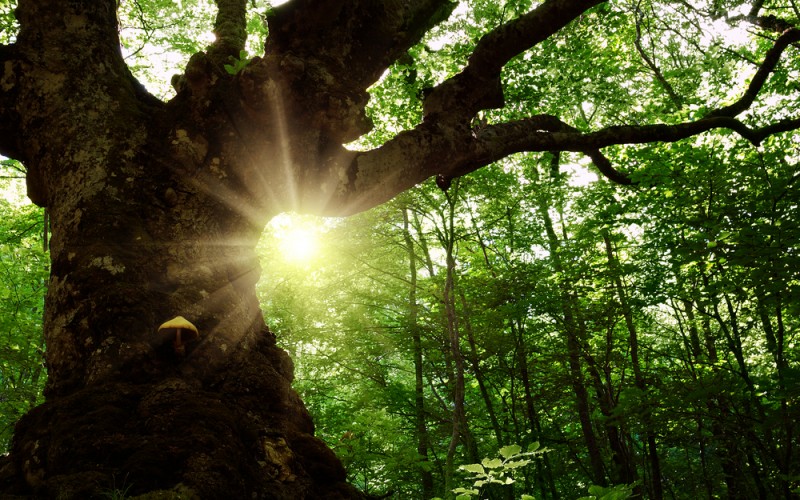